This is a curated list of personal programming-related projects I've worked on in my spare time. (Some of these projects are still being maintained.)

I usually write web servers when learning a new programming language. This gives me a really good feel about a language, especially for the things I usually care about, such as concurrency, string processing, networking, and I/O.

Lwan, a high-performance web server, however, started as a "what if" kind of project; I was already experienced in the C programming language when I decided to write it, and over the years I've spent countless hours poking around and improving it. (I still learned a lot about C while writing this server.)

A lot of the things I write in this blog is related to this project, which ended up being an umbrella project for experimentation.

More information can be obtained from its web site.

System profiler and benchmark software for Linux. Back when I was a PC enthusiast, I loved this kind of program on MS-DOS and Windows systems; I could never resist installing them and going through all the information they could gather. When I started using Linux, I had this itch that I would only scratch a few years later.

HardInfo is one of my oldest open source projects still being maintained. The first version was released in 2003. 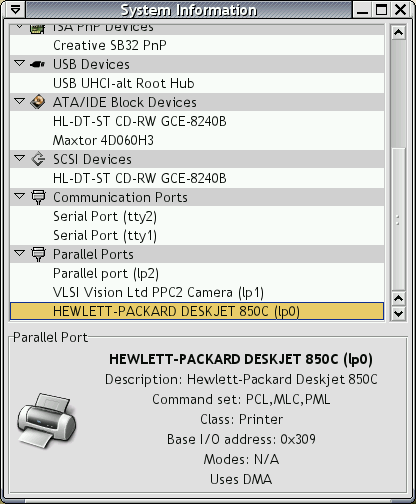 It used to be available in pretty much every Linux distro in their official repository, but due to my lack of interest over the years, and lack of updates, not many distros carry it anymore. There has been some recent interest after some people decided to fix some bugs and implemented much-needed features, so we're slowly working towards a new release after 10 years without one. (The code is really bad, and I thought about rewriting it a few times, but it's not something I would use regularly, so it's hard to justify doing something like this given that my free time is very limited these days.) 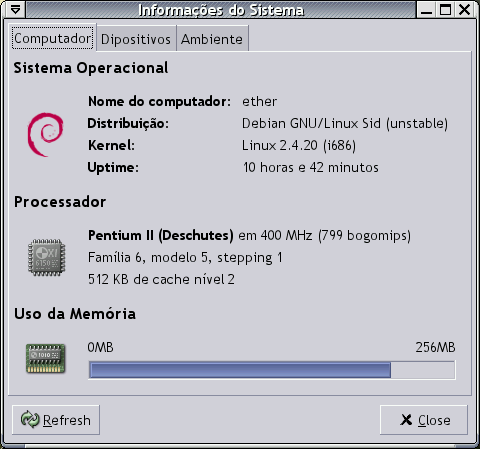 The last UI before the current rewrite. I actually quite like this one.

The project still tries to obtain information using methods that were necessary in the days of Linux 2.0 or 2.2. The code is really hard to maintain, due to a few bad decisions, and it deserves a rewrite; maybe someday. 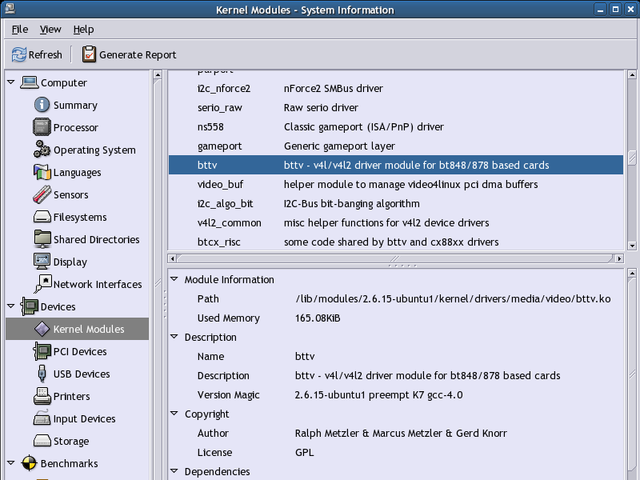 Version 0.4, the first UI to sport the current UI.

Clone of the GNOME 2.0 panel, written when I had a computer with limited resources but still wanted the same experience. It could be extended by plugins that were dynamically loaded (with dlopen()), and came with quite a few of them, including launchers, mixers, mail monitor, and other useful things. It was even featured in Linux Magazine, in various different languages.

The repository is archived in my GitHub. 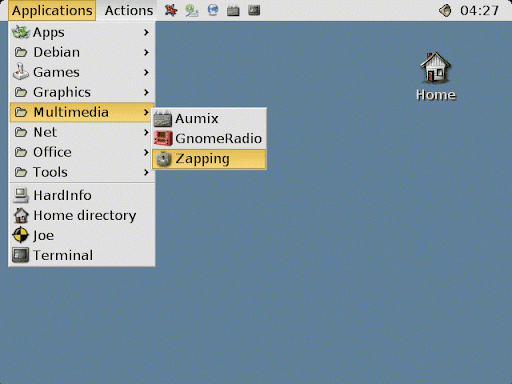 SuxPanel screenshot from back in the day

GW-BASIC port for the Z80

Microsoft released the source code for the first version of their GW-BASIC interpreter for MS-DOS under the MIT license. This version is based off of the same BASIC that kickstarted the company, and thus contains original comments from the late 70s.

The first programming language I used was the MSX-basic, which is supposedly derived from GW-BASIC; the MSX, however, had a Z80 processor (which is instruction-compatible with the Intel 8080 processor, used in the Altair computer that ran the first MS-BASIC), and the MS-DOS version was of course written for the 8086.

Many comments reference 8080 registers (which are mostly the same in naming as the Z80 registers), instead of the actual 8086 registers that the instructions are operating with. This is because the source code was mechanically translated by a tool which hasn't been, unfortunately, released as open source software.

So, in order to better understand the first language I used to program on and the machine I used to use (I never had an opportunity to program in Z80 assembly language before), I decided to write a tool to convert the 8086 code back to Z80. I wrote a blog post about it.

A lot of the code can be translated with this tool; however, the code doesn't yet assemble.

Gomoku was a failed attempt at writing a Go-to-C++ converter, so that the resulting program could be built with GCC/Clang and target embedded devices.

The code isn't that great, as that was my first program written in the Go programming language, but I had a lot of fun writing it. I decided to abandon this project as a better alternative, that uses LLVM directly, is now working properly and has attracted a healthy community.

For instance, the following Go program from the "Go Programming Language" book:

Maybe someday I'll restart the project, but do so in a completely different way. There are advantages beyond the original intent with the code, e.g. using parts of the Go standard library, which is well-designed, in C++ programs, and leverage the improvement in code generation by more mature compilers. For the time being, though, this project is on hold.

This was my first (and only) game for the MSX computers. It's terrible take on Slot Machines, using graphics ripped off of the Klik&Play graphics pack. It's written in Turbo Pascal 3, and requires a MSX2 computer.

See the video of it in action, or play it online (source code can be found in the ZIP file that the online emulator uses).

Apple released Front Row in 2005 as their media center software for Macs and Apple TV devices. It liked the interface quite a bit, so I decided to write a clone based off of screenshots and videos that were posted online.

It went pretty far, but I ended up never releasing it as I lost interest in the project. It's not worth releasing the source code today, but here's a video for those interested in seeing how it was supposed to work. (This is all written in Python using PyGame; only software rendering and whatnot, so the animation is kinda janky and the lack of alpha-blending makes it look like a dollar store version of the original thing. Maybe that's why I never released it.)

FINF Is Not Forth is a FORTH-like language/environment for the Arduino. It's not the best code I've written, but it works and is quite useful to fool around and perform quick experiments with sensors without having to re-flash the firmware every time.

I did a presentation about it a few years back. 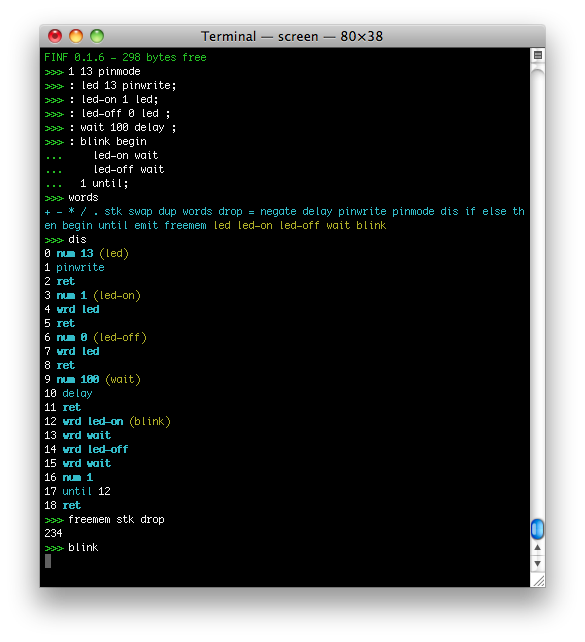 FINF as seen by Terminal.app in an older MacOS X

Pense Bem, sold as Smart Start in the US and Canada, was a toy made in the late 80s and early 90s under license by Tec Toy in Brazil. My parents couldn't afford one, and I always wanted to play with one. One day, I got together with a friend set out to reverse engineer one and write an emulator for it; we couldn't dump the ROM (no knowledge/equipment on how to do that at the time), so we wrote a simulator, doing a clean-room reimplementation of the whole thing.

It is written in JavaScript, using SVG for the interface. It can be played online. 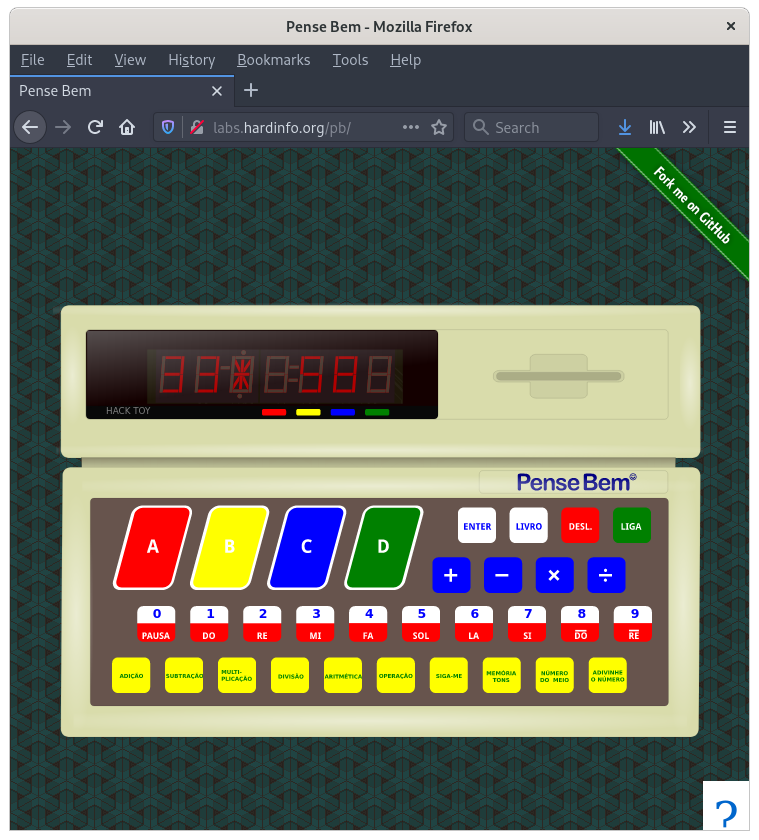 Guess the number! (Or, how to teach binary search to kids.)

This was my attempt at writing an instant messenger in the year 2000. Inspired by ICQ and written in Perl it even featured WebCam support (by detecting if the user had camserv installed).

Written in an era before XMLHttpRequest, Server-Sent-Events, and WebSockets, this thing had a borderless frame that reloaded every few seconds to show a different icon if there was a pending message. In retrospect, I should have used long-polling mode and send <script> tags to control the other frame; this kind of thing was allowed back then.

ROX, or RISC-OS on X, was a desktop environment for the X11 system that replicated, as the name implies, the user experience of the RISC-OS operating system. It had an interesting way of storing information about applications, very similar to what MacOS does (applications are folders), but provided no application launcher in a menu, similar to Windows' Start menu. ROX-Menu was exactly this: a panel applet that would show in a menu a hierarchy of directories and AppDirectories and allow you to launch applications. 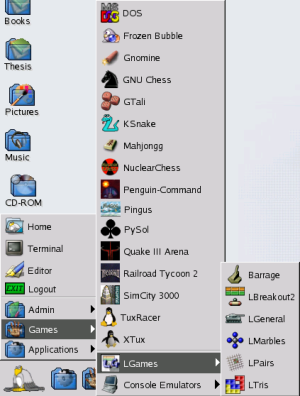 Screenshot stolen without shame from the current maintainer

I used to program in Visual Basic 4, and I missed it dearly when I started using Linux in the late 90s. When I learned Python, I thought it could be the language to replace VB for me, but there was no IDE-like experience to replace it. So I set out to replicate this.

I thought I had completely lost the source code for this project, but I found an old version of it in an external hard drive. After hacking to remove some features that were stubborn enough to not work on a modern system, the main UI ran and worked as expected. 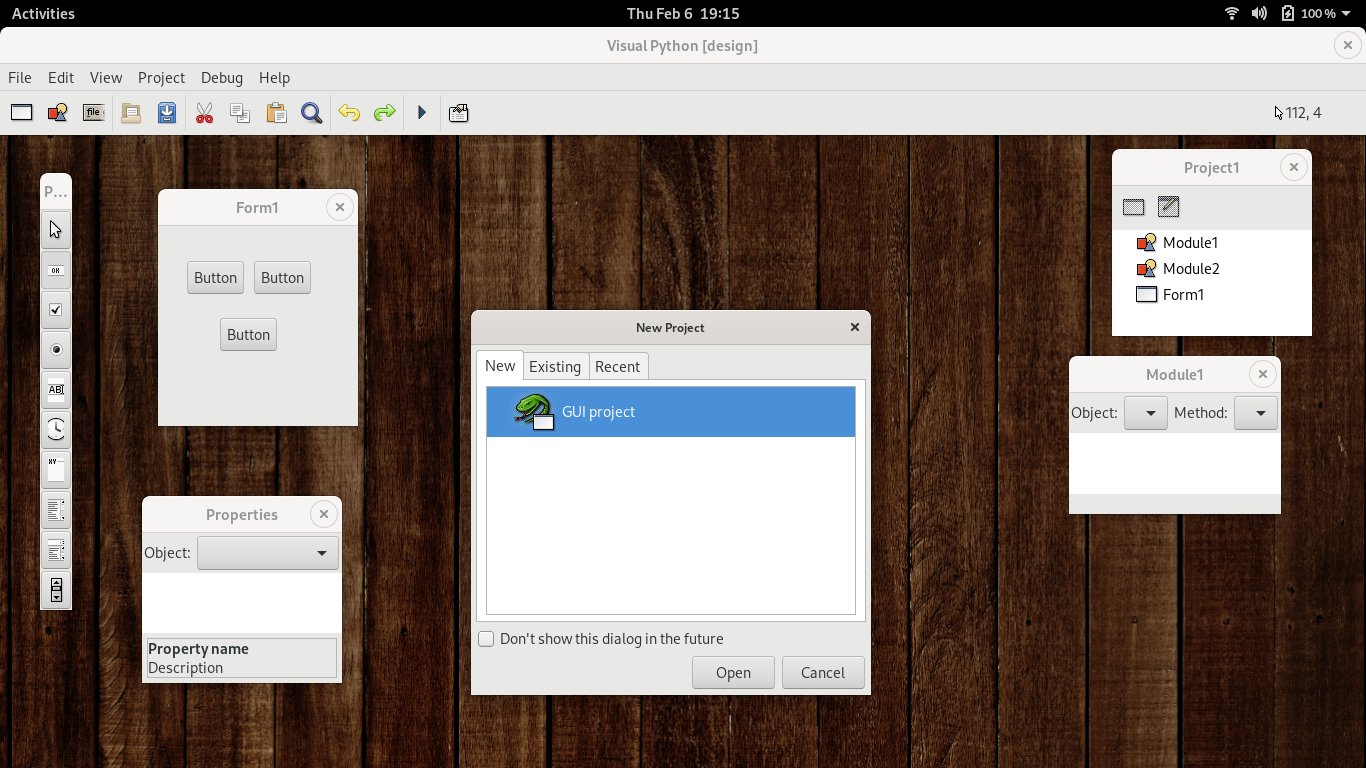 Unfortunately, basic things like the code and property editor had to be neutered to take the screenshot below, but the project was taking shape right before I joined university and had to dedicate my time to Calculus, Physics, and Chemistry.

This is a project that's definitely in the bucket list for something that I want to do again.