One of the things that bothers me when I'm writing software is that I never get things right the first time. It takes me quite a few iterations to achieve a good result -- be it performance, memory usage, or a good architecture. Getting things to a "good enough" state is also very frequent as projects need to move forward; however, written code often ends up in sort of a low priority refactoring thread inside my head. Sometimes this thread is able to produce a thing or two, and I'm able to revisit these things. 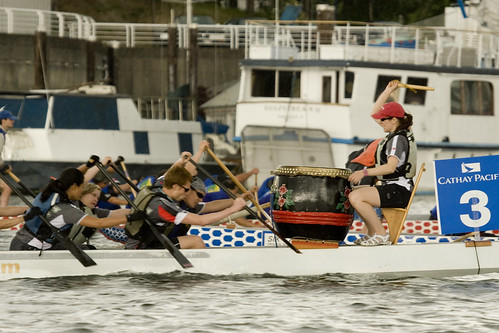 Project moving forward picture by Todd Smith. Sometimes you're so focused on the goal that you end up not appreciating the journey.

One of the things that were in that refactoring thread was my toy web server's memory usage. It would consume a whopping 855MB of memory while idling; recent commits dropped this amount to a mere 32MB (with maybe some more room to spare). It used to use 2670% more memory.

This was only possible because I know the code inside out and was able to refactor the code a few times. 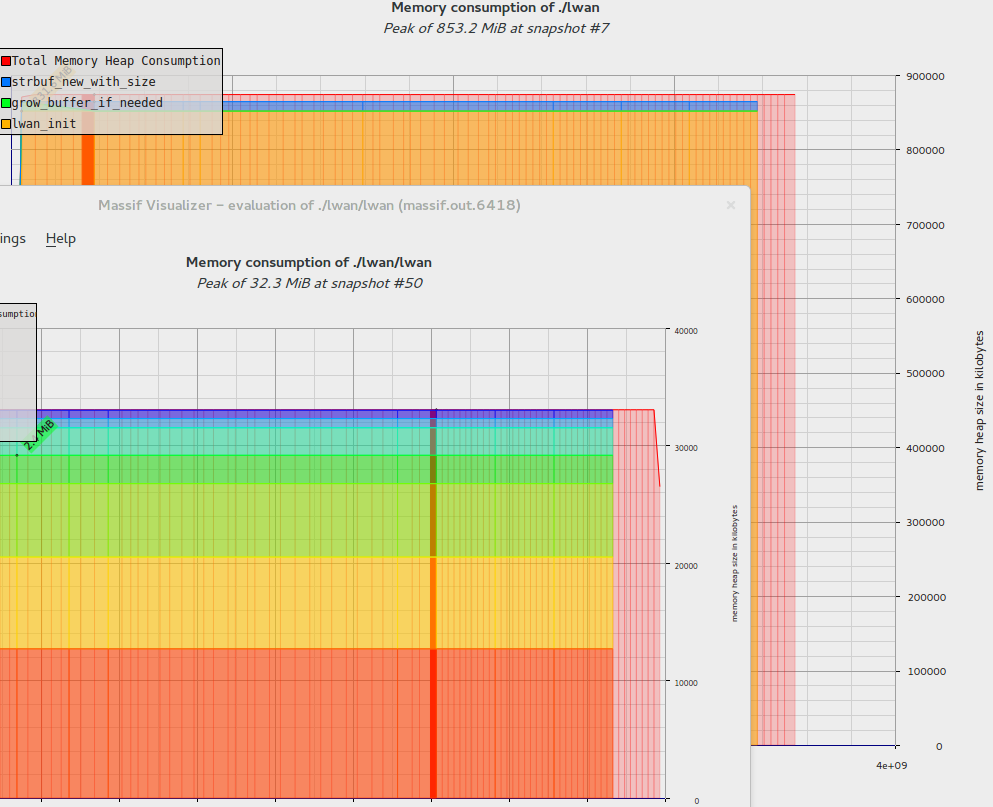 Lwan allocates almost all memory it is going to need even before creating the main socket. This means it has to keep around some structures with information about connections, requests, and their responses.

Lots of flags were saved using bitfields in different substructures. Most of these were booleans, and having less than 32 of them meant I could coalesce all of them in a single unsigned integer. Memory usage dropped again.

Then a few months passed, and out of the blue I realized that there was something wrong in the architecture: the same structure I was using to track request state, I was also using to track connection state.

So I moved all things that only matters to a connection to a structure -- which is the structure that's preallocated on startup -- and made the request structure be allocated in the request processor routine's stack. This stack lives in a coroutine -- which won't use more memory than it was already allocated for the coroutine stack. Another worthy reduction of memory usage.

This also made keep-alive connections a tiny bit faster, as there's no need to memset() the request structure to clean state for the next request anymore. 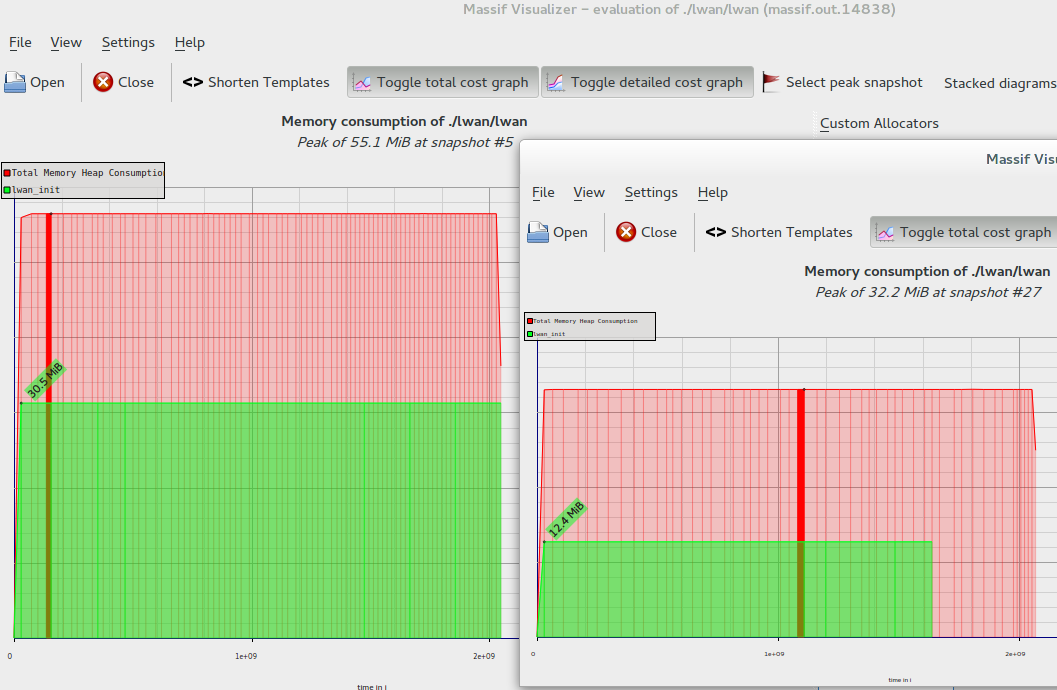 Same scale this time. That drop.

There's another possibility for memory reduction, but I'm not sure if it is worthy implementing.

Lwan uses epoll() -- and when a file descriptor is added to a poller, one can pass arbitrary data inside epoll_data_t, up to 64-bit in size. Both the file descriptor and the remote IP address could then be passed as this data, removing both fields from the connection structure.

This is possible because these are constant values while the connection is active; everything else is either useless to identify the connection (the file descriptor is used as an index in an array of connections) or changes all the time, such as the flags (which would incur the penalty of calling epoll_ctl() every time they change).

This would reduce structures by a few megabytes, which isn't really worth the effort considering IPv6 support would need to be implemented someday and this trick would be then rendered useless. Maybe my refactoring thread will be able to answer that in a few months.

I'm still considering if it is worthy the trouble of leaking the request/connection abstraction and removing an integer from the request structure so all request-related flags would be set in the connection structure.

Update (11 Dec): I've found another way to remove these two structure members; I've committed this code on a separate branch as further tests must be performed. In the same circumstances as the other tests, the server is now using 2MiB less memory. Basically: